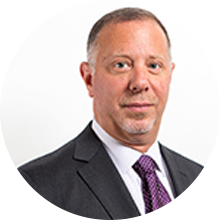 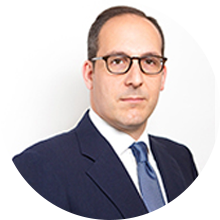 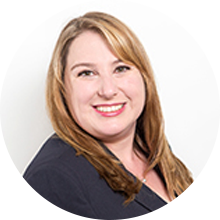 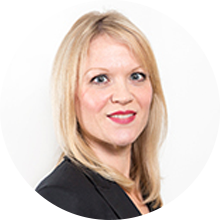 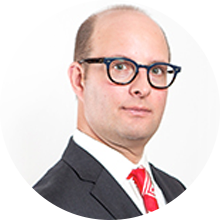 Mark has over 35 years of experience in representing institutional and induvial clients in complex securities and class action cases. Mark heads up the firm's client development department and provides oversight for many of the firm's cases.

Mark has served on panels for the Council of Institutional Investors and on a panel on D&O Liability Insurance for the American Conference Institute. He has been featured on CNBC's Squawk Box and in The New York Times.

Prior to forming Gardy & Notis, LLP in 2006, Mark was a named partner in the law firm Abbey Gardy, LLP.

James has over 25 years of experience in litigating complex cases on behalf of investors.

Some of James's more recent successes include:
Prior to forming Gardy & Notis in 2006, James was a partner at Abbey Gardy, LLP, where he spent ten years litigating complex stockholder cases. For example, James was the lead attorney representing stockholders of BankAmerica in connection with a lawsuit challenging the acquisition of BankAmerica by NationsBank (now known as Bank of America). James developed the novel legal theory to use the federal laws and regulations regarding proxy statements to argue that the merger was not a "merger of equals" as that label was used by the merger parties to justify not paying a merger premium to BankAmerica stockholders. The case was heavily litigated for more than four years, with discovery including over 75 depositions of fact and expert witnesses and more than 1.5 million pages of documents produced. After the completion of all discovery and summary judgment and Daubert briefing, the case settled on the eve of trial for a cash recovery of $156.8 million. James also played a major role in the stockholder case against Waste Management, which involved complex accounting fraud claims against the company and its outside accountants and resulted in a settlement of $220 million.

James received his B.A. from Brandeis University in 1991 and his J.D. from Benjamin N. Cardozo School of Law in 1994. He is admitted to the Bar of the State of New York, the State of New Jersey, the United States District Courts for the Southern and Eastern Districts of New York and the District of New Jersey, and the United States Court of Appeals for the Second Circuit and for the Third Circuit.

James also served as a panelist for the Practicing Law Institute for Securities Litigation and Enforcement.

Jenn is an accomplished litigator of numerous securities, antitrust, and consumer class actions.

Jenn most recently was one of the lead attorneys for Renren, Inc. stockholders asserting claims under New York law and Cayman Islands law against certain insiders of Renren, Inc., aided and abetted by Duff & Phelps, for transferring Renren's investment portfolio to an entity controlled by Renren's CEO at a severely undervalued price. After three years of litigation, the case settled for $300 million, representing the largest "direct pay" recovery of any stockholder derivative case in history. Whereas recoveries in derivative cases typically flow to the corporate entity and only indirectly to stockholders, Gardy & Notis, LLP pioneered the use of direct pay settlements where the recovery is paid directly to public stockholders and not shared with the insiders accused of misconduct. Structuring the Renren settlement as a direct pay settlement meant that stockholders achieved a cash recovery of roughly 158% of the market price of Renren shares.

Jenn's experience in consumer class actions includes the Apple iPhone4 Products Litigation (N.D. Cal.), where she served as co-lead counsel to a class over 25 million iPhone 4s and obtained cash and injunctive relief for consumers.

Prior to joining Gardy & Notis, LLP in 2010, Jenn worked at two prominent class action firms where she litigated cases on behalf of investors. She also worked for a class action notice expert where she specialized in developing plain language notices designed to better inform class members about their legal rights. Jenn also worked for the New Jersey General Assembly, Democratic Office.

Meagan has been litigating stockholder and consumer class actions for over 18 years.

Most recently, Meagan was one of the lead attorneys for stockholders of McKesson Corporation seeking to hold McKesson’s board of directors liable for their failure to exercise proper oversight of the company’s distribution of opioids that contributed to the national opioid epidemic. McKesson is the largest distributor of opioids in North America and this was the first case first case asserting "Caremark" oversight claims against the board of directors of an opioid distributor. After three years of ligation, the case settled for $175 million, representing the second largest settlement of a Caremark board oversight claim in history.

Meagan was also one of the lead attorneys in a ground-breaking case on behalf of bondholders of Caesars Entertainment Operating Corporation (CEOC) that settled for a $34.5 million recovery. The case alleged violations of the Trust Indenture Act of 1939 for “guarantee stripping” ahead of the planned bankruptcy of CEOC, a company controlled by Caesars Entertainment Corporation (CEC). CEC was taken private in a leveraged buyout lead by private equity firms Apollo and TPG just ahead of the 2008 economic crisis. To stem losses from its casino operations, CEC developed a plan to load CEOC with debt and poorly performing assets and place CEOC into bankruptcy. CEC’s plan included a workaround where CEC would remove its guarantee from certain CEOC bonds by paying a majority of the bondholders to use majority action to alter the terms of the bond indenture. Gardy & Notis, LLP, representing a class of minority bondholders, alleged that guarantee stripping violated the Trust Indenture Act, breached the implied covenant of good faith and fair dealing, and was not protected by the no action clause of the bond indenture.

Orin currently is one of the court-appointed class counsel representing over 200,000 current and former employees of General Electric in an action for breach of fiduciary duty and prohibited transactions in violation of the Employee Retirement Income Security Act (ERISA).